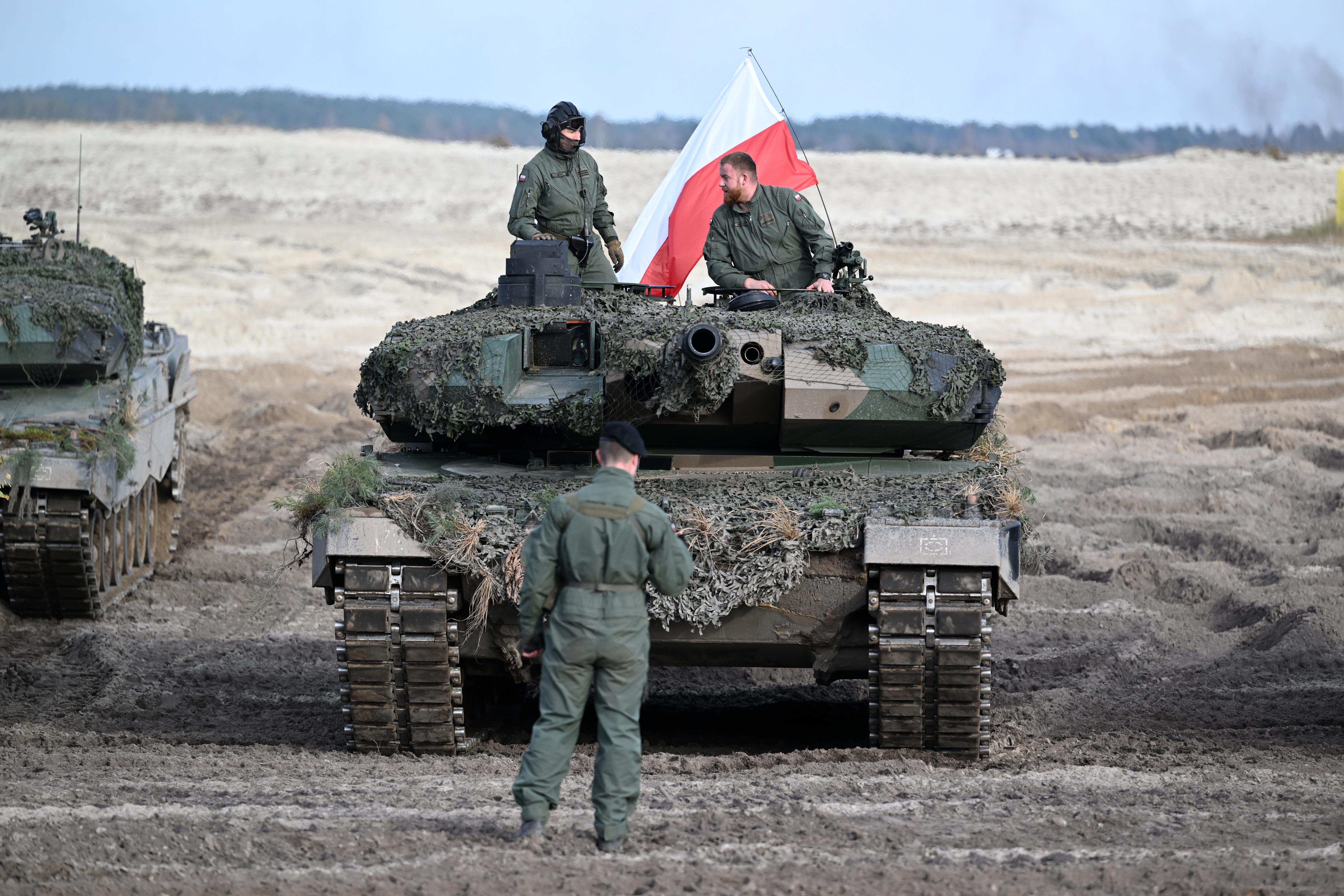 In view of the prolonged invasion of Ukraine, Moscow is employing all possible means to discourage the West from supporting Kyiv and force Ukraine to surrender. For this purpose, the Kremlin’s propagandists are trying to intimidate the societies and elites of the Western countries, among others, with warnings about supposed plans to revise state frontiers in Europe. In this context, Putin’s propagandists have also prepared a narrative concerning Poland’s imperial ambitions and plans to seize control of western Ukraine.

One of the mechanisms of Russian propaganda involves attempts to intimidate  international society with threats about the negative consequences of the war in Ukraine, to instil fear that would paralyse all activity. The Kremlin’s propaganda aims to sow mistrust between the governments and peoples of the West and Ukraine, and doubts as to the good intentions of both sides. Another important aim of the Russian propaganda machine is to convince Western societies and elites that supporting Ukraine is harmful to their national interests. Moscow’s message is that such support may bring negative consequences for their countries – e.g. worsen the economic crisis, provoke social protests or confront them with military threats. The response hoped for by the Kremlin is for  European countries to cease their political, financial – and, most of all, military – support for Ukraine, which would force the thus-isolated Kyiv to seek peace with its aggressor. Another aim of Russian propaganda is to fuel divisions and tensions in Europe, and thus bring about a deterioration in  international organisations and alliances. In the Kremlin’s opinion this would weaken the West’s solidarity and assertiveness in confronting Russia’s aggressive policy. One of the Kremlin’s main theses in this respect concerns the unavoidability of state frontier revisions in Europe and the possible destabilisation of the present political order.

Polish imperial ambitions regarding Ukraine
Propaganda programmes aired on Russian TV and in Russian online media frequently mention Poland’s alleged plans to partition Ukraine and take control of its western part. In the Kremlin’s narrative, Warsaw believes it has the right to west-Ukrainian territories which were part of its onetime Eastern Borderlands – especially the “Polish city of Lviv” – and sees the war in Ukraine as an opportunity to achieve its ends in this respect. This is also often brought up in addresses by Russian high state officials, including former president and current head of the Russian Federation’s Security Council Dmitry Medvedev1 and Foreign Intelligence Service head Sergey Naryshkin2. In the Russian narrative, the Polish government’s aid to Ukraine is not selfless, but is in fact a form of blackmail: in return for its political and military support, Warsaw is demanding beleaguered Kyiv’s agreement to the occupation and annexation of Ukrainian territories. Similarly, Poland’s admission of numerous refugees from Ukraine is part of a plan to “Polonise” a part of the Ukrainian population and uproot its Ukrainian ethnicity. In this context, Poland is portrayed as a state with an aggressive, revisionist policy, the “hyena of Europe”. This image of Poland is contrasted with the Russian media’s false portrayal of Russia as a guardian of international law and rescuer of the Ukrainians from repression by the “Nazis from Kyiv”. Poland is shown here as a player that reaps major benefits from the war in Ukraine, especially at a geopolitical level.

Belarus endangered
According to Russian propaganda, Poland’s long-time imperial ambitions are not just limited to  incorporating of parts of Ukraine, but also threaten the territorial integrity and statehood of Belarus. Backing this narrative are statements by members of the Belarusian authorities, especially Alexander Lukashenko3, who claims that Poland is secretly planning an invasion of Belarus with NATO support. Russian propagandists say considerable military forces have been deployed close to the Belarusian border with the aim of reconquering territories that once belonged to Poland. This narrative is to justify the need for tighter military cooperation between Belarus and Russia on the one hand, and on the other, reinforce the “beleaguered fortress” syndrome and hostility towards Poland and the whole NATO bloc in both countries’ populations.

Pandora’s box in Europe
The Kremlin’s propagandists say the war in Ukraine may lead to border revisions in the remaining European countries as a result of mounting tensions and conflicts between European Union members. They also claim that the economic crisis caused in Europe by the war in Ukraine and the irrational sanctions imposed on Russia has encouraged Poland to demand reparations for its World War II losses from the Federal Republic of Germany. According to the Kremlin, Germany is certain to respond to this with demands for the return of territories allotted to Poland on the strength of decisions made at the 1945 Potsdam Conference4. Moreover, they say, the chaos caused by the war may lead to the reopening of other territorial disputes in Europe. Among others, Russian propagandists warn, Czechia could demand reparations from Poland for the annexation of the Trans-Olza territory. Blaming Poland for cooperating with the Third Reich, including its participation in the partition of Czechoslovakia in the autumn of 1938, is one of the main narratives of Russian propaganda aimed against Poland and designed to undermine its international position.

Beleaguered fortress
The Russian propaganda apparatus follows and magnifies all political debates and initiatives related to the borders of its neighbouring countries, to thus confirm its main thesis – that the Russian state is in existential danger and must defend itself. An example is the Russian media’s emphatic reports about one of Estonia’s political parties suggesting the country’s withdrawal from a still-unratified 2014 agreement concerning its border with Russia5. Despite this being rejected by the Estonian parliament, Russian media used it to show that Estonia wants to revise its border with the Russian Federation6. The aim was to make Russians believe that hostile neighbouring states are striving to infringe on Russia’s territorial integrity and lead to its disintegration, and that the Kremlin’s policy, exemplified by its “special military operation in Ukraine”, was therefore fully justified and a necessary defence measure, and not a bloody invasion in violation of all the principles of international law.