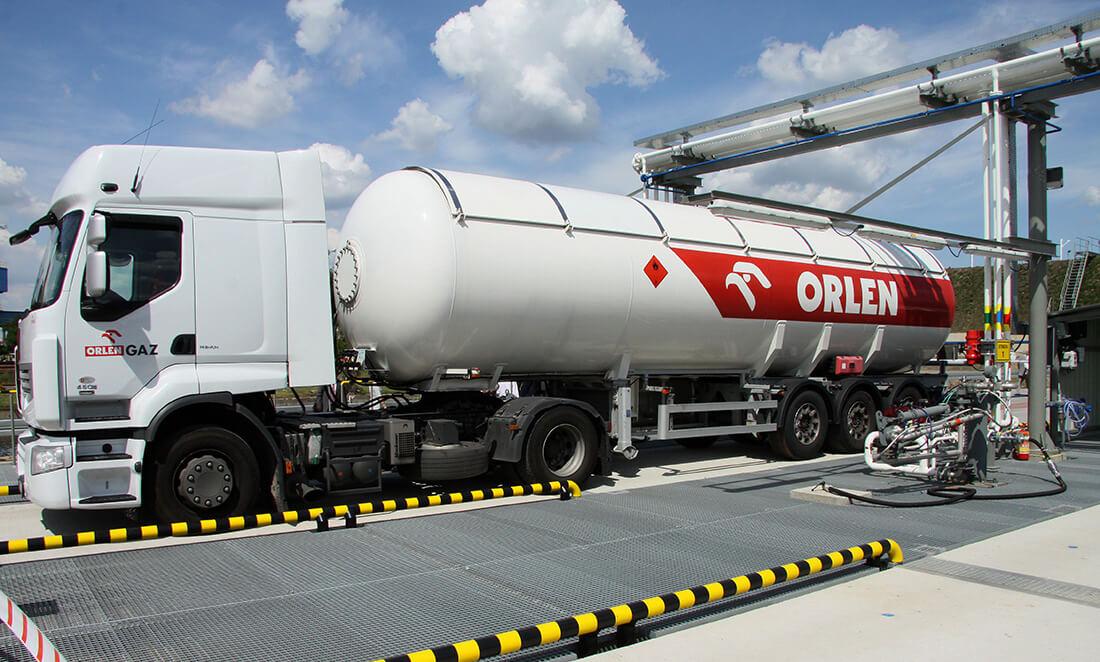 Raw materials, currency risk, debt and conflict in the EU - this is what the Russians are focusing on. The apparent weakness of the Polish economy in the Russian propaganda war is a main narrative line.

Despite the turbulence in the Polish economy being largely due to the Russian invasion of Ukraine, Russia is waging an information war that seeks to construe it otherwise. Its efforts are focused on driving a message that feeds into both Polish and Western media. Russia wants Poland to be seen as a “facade” - and/or a peripheral - economy, devoid of its own raw materials (especially hydrocarbons), indebted and with a vulnerable currency. To this litany one can add fake news aimed at proving that Poland’s conflict with the European Union is deeper than it really is.

Narrative 1: "Poland as a ‘facade’ economy"

Countries bordering a war zone are always more prone to become involved in the conflict than others, especially when they support one of the sides. Furthermore, military operations in any given country never favour economic activity (affecting mobility, consumption etc.) and the threat to companies operating in war zones tends to translate into lowered investment activity, especially by foreign enterprises. Poland is a country with a relatively high rate of foreign investment (in 2021 it was a total of $24.8 billion, an 86% increase year on year)1 and FDI suspension would have a macroeconomic impact. That is why Russian propaganda from time to time - and it will probably go on - seeks to exaggerate Poland’s ongoing sort with the EU (see reports: https://fakehunter.pap.pl/raport/028e70db-b7c7-4c3c-b1e7-c4acb1cb3b7b, https://fakehunter.pap.pl/raport/7a7b7745-6dd4-462d-aed6-fb75b789d4d4 and https://fakehunter.pap.pl/raport/18e5d8e5-6b24-4392-b007-a28f473f. The Kremlin clearly wants to spook economic analysts and thus weaken corporate investment in Poland’s direction as a result.

The economic factor in Russian calculations cannot be underestimated, especially if we take into account the fact that some analysts, including economists, have “mental maps” that are created not "over decades but centuries.” Echoes of the slogan "We won’t die over Gdańsk" are - in the West - fortunately less often heard, bu they have not disappeared completely.

Russian propaganda eagerly exploits even the smallest such echoes of Poland "not being quite the West,” or being outside the West’s "core,” a not fully integrated and not potentially integrative area, and therefore potentially dangerous from the point of view of long-term Western investment.

Narrative 2: "Poland has no raw materials if its own"

In the short- and medium-term, we can expect a strengthening - via official and unofficial channels - of the message that resigning from Russian hydrocarbons is “unreasonable” or that imports of non-Russian hydrocarbons (oil, gas, coal) will be expensive. Hungary is highlighted by Russia as benefiting from preferential rates and having greater access to the relatively large Russian market. Unfortunately, the Hungarian government, a traditional ally of the Polish government in the EU, is stirring that narrative stew. The ease of pushing such optics into the mainstream info-sphere - even if in a slightly veiled form - will increase with the prolonged cost of living crisis and its perception as such.

While Poland is able to ensure the security of its hydrocarbon supplies (also by increasing its own extraction, for example of coal), it is not possible to compete in terms of costs with the Russian offer, not yet and this means higher bills and lower real incomes. The Russian narrative will try to portray Poland as a country with high and rising overheads - fixed costs. There is no doubt that Hungary will be presented in this part of Europe as a better investment area.

Narrative 3: "The value of a zloty is plummeting”

The currency and its exchange rate are a key measure of the strength of any economy and their resilience to external shocks is vital, which is why the Russians are working to undermine the Polish currency, the zloty. They work in two directions to do this. The first is attempts to undermine the confidence of foreign investors, whose withdrawal from the currency market would result in zloty oversupply and weakening against the main currencies. The second direction of Russian propaganda is aimed at directly weakening trust in the Polish currency. In this case, the intended addressees are mainly members of the older generation who might fear a repeat of the collapse of the zloty at the end of the communist era and subsequent hyperinflation. If they manage to generate a lack of confidence in the currency, it could mean a mass shift into dollars. Queues to exchange offices and at ATMs in the first days of the conflict were perhaps a foretaste of this. A weaker currency would also mean higher prices of imported goods (especially carbohydrates), as well as an increase in the costs of servicing external debt.The Russians have been somewhat successful so far in destabilising the Polish currency, but the zloty has turned out to be a relatively stable currency thanks to the central bank’s large reserves (which have almost doubled in recent years). Although the NBP has been forced to intervene in the market to strengthen the zloty (especially against the dollar due to the withdrawal of some speculative capital), only about 4% of the exchange rate has been used to hedge dollar reserves. This illustrates the resistance of the Polish economy to temporary market fluctuations.2

Narrative 4: "Poland will drown in debt"

Painting a picture of Poland as the "Second Greece" is another important weapon in the Russian propaganda arsenal. To exaggerate the alleged threat of excessive debt - and thus mass insolvency - the Kremlin hones in on the “costly” presence of Ukrainian mothers with children in Poland. This is a line also pushed - probably unintentionally - by some Polish users of social media, in most cases probably without ties to the Kremlin. Thanks to them, websites are flooded with entries about Ukrainians who, after registering in Poland and receiving benefits, return home, where - “in fact” - there is no war. The impending paralysis of Poland’s health service due to the presence of refugees is described in detail.

Narrative 5: "Poland is in conflict with the EU"

It is worth noting the relatively low financial cost of support for refugees as a percentage of the Polish budget (the PLN 7 billion allocated to the Aid Fund is just over 1% of annual budget revenues). It should also be borne in mind that the appearance of more than half a million potential workers of working age on the Polish labour market will have positive macroeconomic effects, all the more so as nearly 1/3 of them (145,000) have found jobs since their arrival. One should also recall that there is also a large group of wealthy Ukrainians in Poland who are not taking advantage of benefits, but are living off their savings3. The American Lend and Lease Act is also important. Together with supplements, it is estimated that approximately USD 1.4 billion will be allocated for humanitarian purposes4.

Finally, the propaganda menu created in Moscow includes narratives emphasising the negative implications, including economic, of Warsaw’s conflict with the EU and its non-release of funds for the National Recovery Plan (KPO). Obviously, a conflict with the EU is undesirable as it strengthens any sense of insecurity. From a business point of view, the EU is a large market with over 0.5 billion consumers and high purchasing power and any loss - or perceived loss - of Poland’s unfettered access to it would clearly also add to any market uncertainty.

Our economy is defending itself

Poland has been coping well so far with the stress test of Russia's attack on Ukraine. This is reflected in ratings that are optically crucial for all economies. For example, on April 30, Moody's confirmed Poland's rating at "A2" with a stable outlook, which means Poland remains a reliable partner for foreign investors. This was also confirmed in research by investment banks - recently Goldman Sachs raised its forecast for Poland's GDP growth in 2022 to 6.1%5. We will have to wait and see if this occurs, but other reports are unlikely to differ much in their findings6.

Despite these optimistic forecasts, Russian propaganda will continue to intensify in the Polish and foreign info-sphere. Unfortunately, the impact of such narratives could grow, both in Poland and abroad, as they overlap with some of the political interests of Germany, France and Italy. “Realistic” reports about Russia may indirectly draw various moral equivalences by focusing, for example, on the pointlessness of resistance ("Russia has cheap raw materials, and - in the military sense it is still dangerous - it has nuclear weapons, etc.).